Skip to content
Home
/
Spring Has Sprung Along With Seasonal Allergies
April 22, 2018 by MPMC No comment(s) Board of Directors Meeting Minutes, Funding trends, What's new

They say April showers bring May flowers, but anyone that’s suffered from a runny nose and watery eyes knows it’s also peak season for spring allergies. 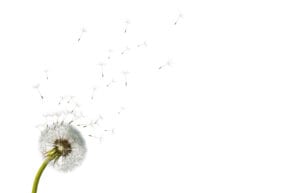 This time of year, pollen is to blame for most allergies. Fortunately for Grand County residents, the pollen count has remained low. Other areas, such as the Front Range, have had more moderate pollen counts, according to the March reports from AccuWeather.

Seasonal allergies have become more common over the years due to several factors. People spend more time indoors interacting with pets in homes with wall-to-wall carpeting. In addition, our immune systems aren’t as strong as they used to be, thanks to better hygiene. Consequently, more people suffer from seasonal allergies.

According to a 2001 article written by RA Settipane in Allergy & Asthma Proceedings, 10 to 30 percent of the population in the U.S. and other industrialized countries are affected.

You can even develop new allergies as old ones fade. Your reaction to allergens may subside as your immune system builds a tolerance. But, when new allergens are introduced, you develop a reaction over time. This gap is called the “Honeymoon” phase – a period of one to three seasons where you have no reaction to allergens in a new area and think you’re in the clear, but you’re really not!

In addition, many people don’t realize they’re suffering from allergies because they don’t think they’re at risk, or the symptoms mimic other illness being passed around the office.

It Might Be A Cold, But Most Likely It’s Allergies

Common nasal allergy symptoms can manifest themselves in various ways, affecting the eyes, ears, nose & throat. The majority of patients experience nasal congestion, a runny nose, sneezing, and watery or itchy eyes. Some patients suffer from itching of the palate or inner ear.

Another common symptom is a postnasal drip, where your glands produce mucus to keep your nasal passageways moist and protect your system from allergens. As a result, patients can experience a constant need to clear their throats or a cough.

How Seasonal Allergies are Impacting Society

Seasonal allergies have a drastic impact on daily lives. According to a 2011 study of U.S. allergy visits done by N. Bhattacharyya that was published in The Laryngoscope, allergy visits account for at least 2.5 percent of all clinician visits. That means 2 million lost school days, 6 million lost work days, and 28 million restricted work days per year. The study also found that people with allergies have received twice as many prescriptions as people that don’t have allergies.

In addition, the rise in allergies has also come with a hefty price tag. According to an evaluation in the Journal of Allergy and Clinical Immunology, patients spent $2.4 billion in 1996
on allergy medications. Plus, doctors billed $1.1 billion for allergy-related medical visits in that same year.

And that doesn’t even take into consideration other possible indirect costs, like natural remedies people use at home.

The best way to avoid seasonal allergies is prevention.

Over-the-counter medications work best if you take them before the onset of symptoms. They won’t reverse the effects of an allergic reaction.

For patients that experience symptoms despite medication, allergy immunotherapy is available.  Doctors can prescribe allergy shots. They can also prescribe medications that you place under your tongue, but these treatments tend to be less effective than the shots and can be more difficult to tolerate.

If you think you have seasonal allergies, don’t ignore the symptoms. Allergies that are left untreated can trigger other health issues, such as sinus infections. In addition, untreated allergies in asthmatics can be devastating and trigger a serious asthma attack.

So, follow pollen counts on your local weather station and be consistent with your chosen prevention method. And if you aren’t getting relief from over-the-counter medications or alternatives like saline sprays, make an appointment to see your doctor.

Otherwise, get outside and enjoy the wonderful landscape that makes up Grand County – it’s big, beautiful country out there!